NHS – your health may be safe, but their wifi isn’t

Steve Woods National IT News February 15, 2011 Comments Off on NHS – your health may be safe, but their wifi isn’t 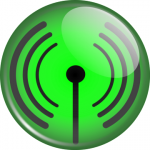 Computer World UK reports that a survey of wifi networks around NHS Trust hospitals in the United Kingdom has found that fewer than 1 in 5 secure data connections using encryption.

Worse than that, over half have not changed the manufacturer’s default wifi access point settings, potentially making them easy targets for anyone with malicious intentions who knows how to do something as simple as type (for some models of AP) ‘admin’ and ‘password’.

The lack of encryption means that anyone using internet tools could monitor sensitive traffic. In some cases the lack of security might be explained by hospitals offering wifi to the public, but even then such connections still pose a risk.