The so-called “diesel dupe” in which the US Environmental Protection Agency (EPA) found that many Volkswagen and Audi cars sold in the USA had devices in diesel engines that could detect when they were being tested and changed performance accordingly to improve results is having repercussions on both sides of the Atlantic.

In the States itself the Free Software Foundation has reported the response of Eben Moglen of the Software Freedom Law Center to the scandal:

If Volkswagen knew that every customer who buys a vehicle would have a right to read the source code of all the software in the vehicle, they would never even consider the cheat, because the certainty of getting caught would terrify them. 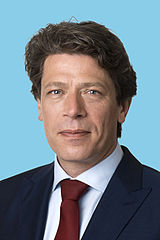 On this side of the Atlantic, Dutch Labour (PvdA) MEP Paul Tang (pictured) reportedly wants the European Commission to compel motor manufacturers to open up the source code of their motor management software. This would counteract the manipulation of nitrogen oxide (NOx) test results as practised by the Volkswagen Group.

In written questions Tang is urging the European Commission to introduce practical measures. “We know that these types of chips exist, but we still don’t know how they work”, says Tang. “Motor manufacturers can therefore continue to provide doctored test models.” In this way other instances of this kind of manipulation by other manufacturers can also be exposed. (In the USA specific vehicles are provided for emissions testing; in Europe the equivalent test specimens are picked randomly off the production line. Ed.)

Finally, EU open source news site Joinup reports that this case is not the first time products have been fraudulently tweaked to pass emission requirements or to deceive customers. For example, Samsung, along with other manufacturers of hand-held devices, had their devices automatically raise thermal limits, voltages, frequencies and the number of processor cores put to work when they detected certain benchmarks being run, thus these manufacturers manipulated performance test results by the media, consumer groups and buyers.