Stephen Hilton, Futures Director at Bristol City Council and an old friend of Bristol Wireless, is moving on from the Counts Louse (as Bristolians still call the local authority’s HQ, now renamed City Hall. Ed.) to set up his own consultancy.

Stephen announced his decision to the world earlier this week via LinkedIn, as shown below:

I’ve had an extraordinary career at Bristol Council achieving things I would never have imagined. From Connecting Bristol to Bristol Futures; Bristol is Open; Open Data; Driverless Cars; Playable Cities; Smart Cities; Citizen Sensing; the Bristol Brussels Office and numerous European projects. I have spoken passionately about Bristol’s vision around the world. I have relentlessly championed the brilliant Knowle West Media Centre. I have appeared on TV and spoken in the House of Lords, which has made my mum proud. And there was also Bristol European Green Capital 2015. But I have decided it is time for me to set up my own future city consultancy – more details to follow. Wish me luck! 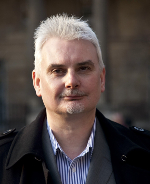 Your correspondent first met Stephen many years ago when the city council was just dipping its toes into the world online citizen consultation. In those days it was billed as AskBristol and now is firmly established as part of the local authority’s infrastructure and procedures as the Bristol Consultation Hub.

Bristol Wireless has also worked with closely in the past with Stephen and his city council colleagues, most notably in 2006/7 as part of Bristol’s bid for the government’s Digital Challenge, where we focussed on digital inclusion and social change. Despite the excellence of Bristol’s bid, the winners of the £7 mn. were Sunderland, although Bristol and its fellow finalists did benefit from additional funding that was found to keep the momentum built up from the Digital Challenge going.

Furthermore, in the intervening years we’ve also encountered Stephen in connection with many other aspects of ICT from the promotion of open source and open data to Green ICT and access to technology for the disabled.

All of us at Bristol Wireless wish Stephen well for the future.