Wi-Fi at the Count’s Louse*

Steve Woods Local IT News November 28, 2007 Comments Off on Wi-Fi at the Count’s Louse* 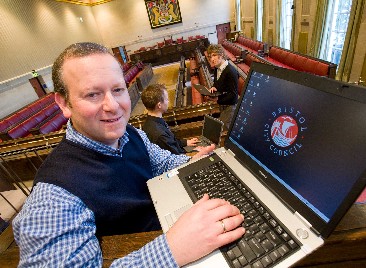 News arrives from Bristol City Council that a state-of-the-art Wi-Fi network has been installed to give partial Wi-Fi coverage of The Council House on College Green.

The network will allow anyone attending a meeting or event in the building’s committee rooms, Council Chamber and Conference Hall to call up agendas, reports and other background materials on laptops other wireless devices.

In addition, there’s now a wireless hotspot in the building’s foyer and other public areas that anyone visiting the offices can use.