Here at Bristol Wireless, with most of us being advocates of bah-humbuggery as well as Linux and open source, we’ve been doing our utmost to avoid too much contact with the world of midwinter celebrations (e.g. Christmas, Hannukah, solstice, etc.*). However, we did crack a bit yesterday afternoon, succumbing to mulled cider and nibbles in the lab. We do have a valid excuse: it was Andy’s birthday – many happy returns mate. 🙂

In spite of the end of year jollifications, work at Bristol Wireless continues as usual, so here’s a brief rundown of the last week.

The biggest change that will be noticed is a visual one. All but one of the lab’s LTSP thin clients now have flatscreen monitors, giving lots more space on the desks to add more thin clients or for volunteers’ essentials, such as hot drinks and biscuits. The image shows Jim hard at work with one of the new screens. 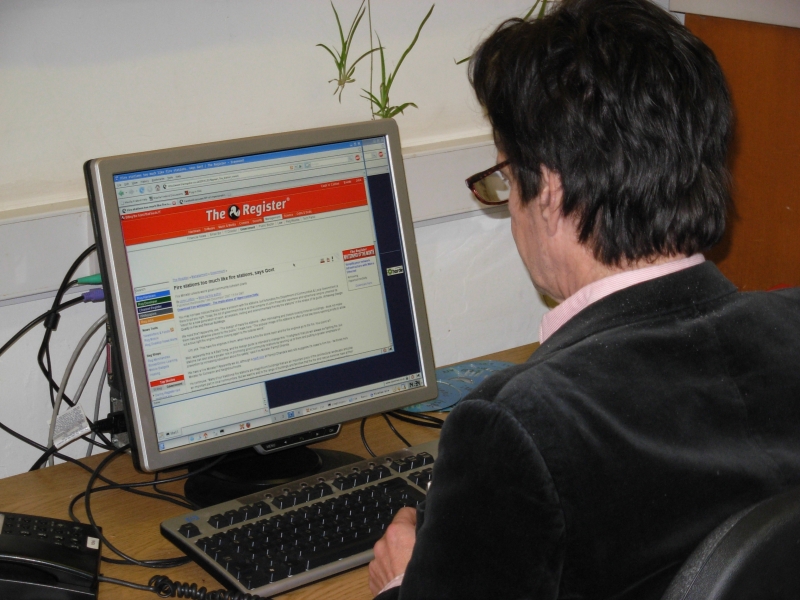 We’re also going to be improving the public internet access facilities on the hall at St Werburgh’s Community Centre in the near future. All the screens and clients will soon be enclosed in cabinets, for which we now have an early mock-up (see photo). When completed, all the terminals and other equipment will be safe from tampering, with only keyboards, mice and somewhere to plug in removable media (e.g. USB keys) being accessible to users. 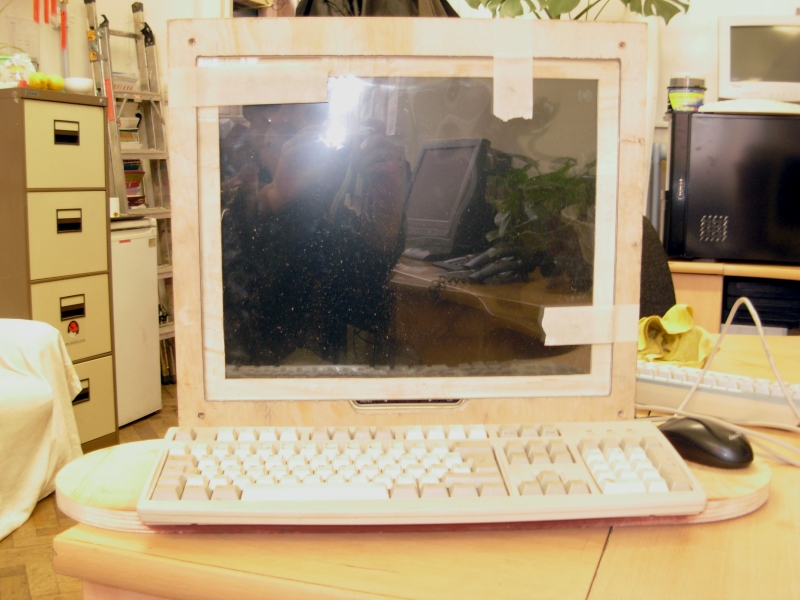 Lu has been hard at work producing a piece for The Spark, a quarterly alternative guide to Bristol & Bath, on computer recycling and Bristol Wireless’ £50 refurbished computers (news passim).

On the server side, Sam has valiantly resumed work on the multimedia server previously undertaken by May, one of our former volunteers, but which has been in abeyance since May’s return to China (more news passim). The server can now be accessed from within the Bristol Wireless network to stream audio and video and it will ultimately be publicly available.

Acesabe, as our birthday boy mentioned above is better known, has set himself an interesting task with one of our old workstations. It originally started out running the Simply Mepis 3.x flavour of Linux and has been much abused since. Acesabe has upgraded it to the latest version of Mepis, a release candidate for Mepis 7.0. However, the workstation has several user accounts which need preserving – a quite challenging exercise. Anyway, it’s all been documented on the Mepis Lovers Forum.

Anyway, we’ll all have to be working without (and outwith) the lab over the Christmas holiday period, as our landlords, St Werburgh’s Community Centre, will be closed from next Monday until 2nd January 2008**.

In the meantime, enjoy the break.

* = Please insert festival of choice.
** = Bristol Wireless normally has its monthly meeting on the first Tuesday of the month: for January it will be held on 8th January instead.