The migrating adventure of a Linux newbie 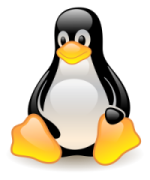 Being on a low income it’s virtually impossible to find the money needed to gain access to the latest computer operating systems and software. Many times I’ve found myself angry at being denied access to software simply because of my economic status. I was therefore presented with two options: the first being to use pirated software and run the risk of being turned into a criminal as a result; and the second was simply to remain frustrated and do nothing.

This is a predicament faced by many people who find themselves on benefits and low income through no fault of their own. Do you break the law by using pirated software in the hope that you can better your employment capabilities, or do you do without? Thankfully I did neither.

After some thought and research I removed entirely the licensed software which had restricted me from my PC. In doing so I made a decision to dive head first into the world of free and open source software. It didn’t take me long to realise some of the many benefits.

Linux provides a level playing field whereby everyone has the ability freely to enhance and develop our educational and IT capabilities regardless of socio-economic status, gender, age or race. This has been and continues to be my experience as a Linux user.

I’m dyslexic and have a problem writing with a pen, yet thankfully for £30.00 I was able to buy a reconditioned PC powered with the Linux operating system. In doing so I’ve been given the capabilities to write an article such as this. This is just one small example of what free and open source software has done for me.

Over the last year I’ve also had the opportunity learn how to make and design flyers, as well as manipulate and touch up photos using the GNU Image Manipulation Program (Gimp 2.6). Furthermore, I’ve also had the opportunity to learn how to DJ in a digital format. The only reason I’m able to do this is because I’m no longer economically restricted by the licence demands of proprietary software vendors. I can simply test an application and, if it doesn’t meet my needs, remove it and legally and freely replace it with another one.

One of the major things I’ve not had to worry about is viruses, spyware or malicious attacks on my system. The reason for this is due to the fact the free and open structure of software development on Linux enhances its security, unlike that of the corporate software suppliers, who sometimes take years to fix bugs. I’ve found my system’s powerful and secure enough and I can get on doing stuff instead of spending time locking it down.

As previously mentioned, the more I learn about my operating system the more I want to know. Lately I’ve started to delve under the bonnet to investigate how the system works. Again I’m not an academic or greatly knowledgeable in IT. However, over the last few months I’ve began studying again at home and something I learnt the other day blew me away. I didn’t know that when I place a bash command into a terminal window that the terminal transforms the bash command into a binary code capable of being read by the kernel. I thought the kernel understood bash and never knew bash was the way in which we communicate with the kernel.

Like I said, I’m a newbie so I’m allowed to take delight in my little discoveries, even if they do seem obvious to others. 🙂 Knowing this makes me want to learn more shell commands and eventually reduce my dependence upon the GUI.

I’m only just beginning on the journey and to be honest still know very little, but it’s one hell of a trip so far. I just want to say a special thanks to every one at the lab for your continued support, patience and friendship. And to think a year ago I thought PC’s were just for MySpace, Facebook and YouTube.

One Response to The migrating adventure of a Linux newbie