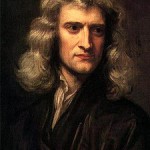 Our resident purveyor of bah-humbug writes:

It’s that time of year again; even the normally secular Bristol Wireless lab has started to acquire greetings cards. However, there’s another reason to celebrate 25th December: Sir Isaac Newton, a man of gravitas, was born on that day in 1642 (under the old calendar reckoning. Ed).

Visiting the site of Richard Stallman, pioneer of the free software movement, one discovers the following:

On December 25, Isaac Newton’s birthday, we celebrate the existence of comprehensible physical laws. Remember, Gravitation is a well-established scientific theory, but Intelligent Falling is just religion pretending to be science.

One way to celebrate Grav-mass is to decorate a tree with apples and other fruits. Glue them or attach them, but not too well! The idea is that occasionally a fruit should fall. Put them on the tree no more than 2 feet up, so that they won’t get damaged or hurt anybody when they fall. Investigating and perfecting the methods for doing this is a great way expose a child to the process of scientifically studying the behavior of the physical world.

Another way to celebrate Grav-mass, in a group, is by telling each other about scientific knowledge and understanding, or discussing what kind of experiment could answer an unresolved question about the world.

We have one Grav-mass carol, We Three Laws. If you know of any others, please tell me about them: rms at gnu dot org. Other songs about science are also suitable to play or sing on Grav-mass;

The Ten Days of Newton.

Please send comments on these web pages to rms at gnu dot org.

Verbatim copying and distribution of this entire article is permitted in any medium, provided this notice is preserved.