A tale of 2 hard drives 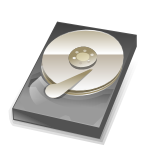 Two weeks ago, your correspondent made one of his regular trips to Stoke on Trent to do a routine back-up of his 79 year-old mother’s computer, which happens to be running Windows XP. The back-up went smoothly: I took a copy of her personal files to a spare hard drive of my own in a USB hard drive caddy for off-site storage. As an additional measure, I’ve also recently started doing a second back-up to the spare internal hard drive of her PC. However, as I was doing this second back-up, problems started: up came the dreaded Windows Blue Screen of Death and the machine just froze. I had no alternative than to turn off and reboot. Upon reboot, we noticed that the back-up drive was no longer there on the system. It had just died. No warning or anything.

Now, let’s contrast the behaviour of Windows with that of Ubuntu, the Linux operating system we install on the refurbished computers we sell.

Earlier this week, a caller came into the Bristol Wireless lab with a laptop with a suspected failing hard drive. BW volunteer Jim duly fired up the laptop off a bootable Ubuntu USB key. Ubuntu had no trouble in detecting the hard drive was failing, displayed an appropriate warning message to the effect that the hard drive was on its last legs and wouldn’t be serviceable for much longer. Not only that, Ubuntu also offered a to map the bad sectors of the hard drive as a temporary fix (wasn’t that helpful? Ed. 😀 ), which Jim duly did.

I’ll leave it to readers to draw their own conclusions as to the user-friendliness of open source and proprietary operating systems, but will end by saying that I’ve provided my mum with a replacement hard drive for the one that failed.

2 Responses to A tale of 2 hard drives