Here at Bristol Wireless we’re keen advocates on green ICT and have many times experienced the delights of providing off-mains event ICT powered by renewables (news passim), so were overjoyed to hear of a recent development in India. 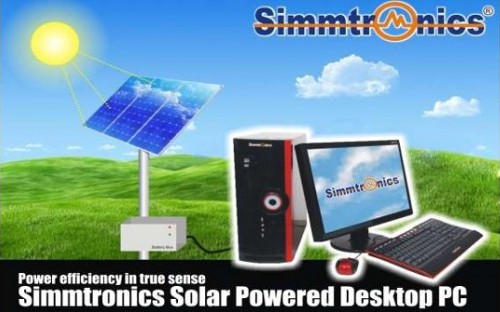 Power is provided by a 74W solar panel and battery combination which is not only able to power the machine, but also store enough charge for the computer to run for three to four days without sunlight, meaning it can be used all year round and making it suitable for deployment in places with no electricity supply that would otherwise be on the wrong side of the digital divide.

The price for the PC and solar power pack (photovoltaics and battery) is Rs 29,999, currently equivalent to some £415.