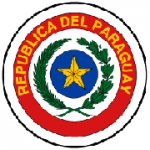 The government of Paraguay has embarked on an ambitious project aimed at implementing open source software (OSS) exclusively in all government agencies in 2012.

Nicolás Caballero, IT Coordinator for the Office of the President of the Republic of Paraguay was quoted by a local newspaper as saying: “The first and most evident aim is to save resources.” He noted that the savings can be allocated to other areas and that assessments performed by the Ministry of Public Health and Social Welfare foresee savings of about US $ 4 million for that ministry alone.

Mr Caballero added that the objective is to achieve full open source use in 2012 and to attain technological autonomy where the government decides what software is used and how.

From your correspondent’s viewpoint, the UK’s public sector is rapidly becoming an island of proprietary software use, with the waves of open source use elsewhere pounding against its shores. 🙂