Honda’s Asimo, the world’s most advanced humanoid robot, is apparently programmed using Ubuntu Linux, according a report on IT news website Softpedia.

A sharp-eyed Softpedia reader pointed out that the Ubuntu OS has been spotted in a YouTube video on recent advances in robotics. The Linux terminal and the characteristic Ubuntu Gnome terminal maximise, minimise and close buttons in the top right-hand corner of the terminal window can be clearly seen in the screenshot below. 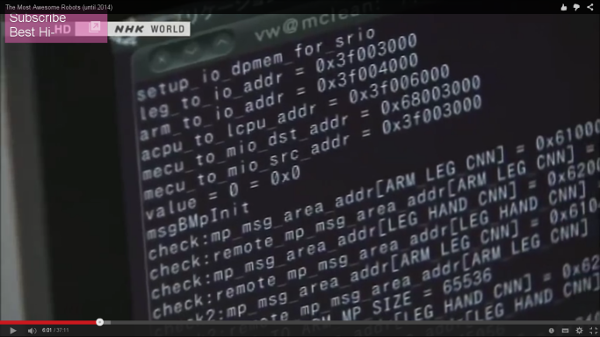 Softpedia speculates that the Ubuntu version in use might be quite old – most likely Ubuntu 10.04 LTS or Ubuntu 10.10 – and remarks that Honda uses various operating systems in its robotics laboratory.