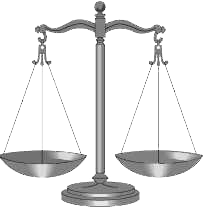 The Wikimedia blog reports that yesterday the Wikimedia Foundation filed suit against the US National Security Agency (NSA) and the Department of Justice (DOJ). The lawsuit challenges the NSA’s mass surveillance programme and more specifically its large-scale search and seizure of internet communications — frequently referred to as “upstream” surveillance. The Foundation’s aim in filing this suit is to end the mass surveillance programme in order to protect the rights of the Foundation’s users around the world. It has been joined in the suit by eight other organisations (National Association of Criminal Defense Lawyers, Human Rights Watch, Amnesty International USA, Pen American Center, Global Fund for Women, The Nation Magazine, The Rutherford Institute and the Washington Office on Latin America) and represented by the American Civil Liberties Union (ACLU). The full complaint can be found here (PDF).

“We’re filing suit today on behalf of our readers and editors everywhere,” said Jimmy Wales, founder of Wikipedia. “Surveillance erodes the original promise of the internet: an open space for collaboration and experimentation, and a place free from fear.”

Privacy is the bedrock of individual freedom. It’s a universal right that sustains the freedoms of expression and association. These principles enable inquiry, dialogue and creation and are central to Wikimedia’s vision of empowering everyone to share in the sum of all human knowledge. When they are endangered, the Wikimedia Foundation’s mission is threatened. If people look over their shoulders before searching, pause before contributing to controversial articles or refrain from sharing verifiable but unpopular information, Wikimedia and the world are poorer for it.

The Foundation’s case challenges the NSA’s use of upstream surveillance conducted under the authority of the 2008 Foreign Intelligence Surveillance Act Amendments Act (FAA). Upstream surveillance taps the internet’s “backbone” to capture communications with “non-U.S. persons”. The FAA authorises the collection of such communications if they fall into the broad category of “foreign intelligence information”; this includes nearly any information that could be construed as relating to national security or foreign affairs. The programme casts a vast net and consequently captures communications that are not connected to any “target”, or may be entirely domestic. This includes communications by the Foundation’s users and staff.

The NSA has interpreted the FAA as offering it free rein to define threats, identify targets and monitor people, platforms and infrastructure with little regard for probable cause or proportionality. Wikimedia believes that the NSA’s current practices far exceed the already broad authority granted by the US Congress through the FAA. In addition, it believes such practices violate the US Constitution’s First Amendment (protection of freedom of speech and association) and the Fourth Amendment, which protects against unreasonable search and seizure.

In addition, the Wikimedia Foundation believes that the NSA’s practices and limited judicial review of those practices violate Article III of the US Constitution, which relates to the judicial system. A specialized court, the Foreign Intelligence Surveillance Court (FISC), hears matters related to foreign intelligence requests, including surveillance. Under US law the role of the courts is to resolve “cases” or “controversies”, not to issue advisory opinions or interpret theoretical situations. In the context of upstream surveillance, FISC proceedings are not “cases” since there are no opposing parties and no actual “controversy” at stake as FISC merely reviews the legality of the government’s proposed procedures. According to the Foundation this is the kind of advisory opinion that Article III was intended to restrict.

In 2013, the U.S. Supreme Court dismissed a previous challenge to the FAA, Amnesty v. Clapper, because the parties in that case were found to lack “standing”. Standing is an important legal concept requiring a party to show that they’ve suffered some kind of harm in order to file a lawsuit. The 2013 mass surveillance disclosures included a slide from a classified NSA presentation that made explicit reference to Wikipedia, using the Foundation’s global trademark. Because these disclosures revealed that the government specifically targeted Wikipedia and its users, Wikipedia believes it has more than sufficient evidence to establish standing.