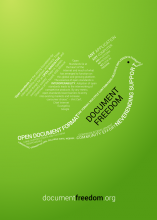 Today is Document Freedom Day, an annual international celebration of open formats and open standards and an opportunity to promote their use.

The use of open standards is definitely gaining ground, particularly where it matters, such as in dealings with government bodies. This was amply illustrated last year by the UK Cabinet Office’s announcement of the adoption of open standards for collaborating on government documents.

Why do open standards matter?

Open standards are vital for interoperability and freedom of choice. They provide freedom from data lock-in and the accompanying vendor lock-in. This makes Open standards essential for governments, companies, organisations and individual users of information technology.

What is an open standard?

An open standard refers to a format or protocol that is:

How do open standards affect you?

April, the French open source advocacy organisation, has produced a handy graphic in English to illustrate the difference between open and closed formats. Click on the image below for the full-sized version. 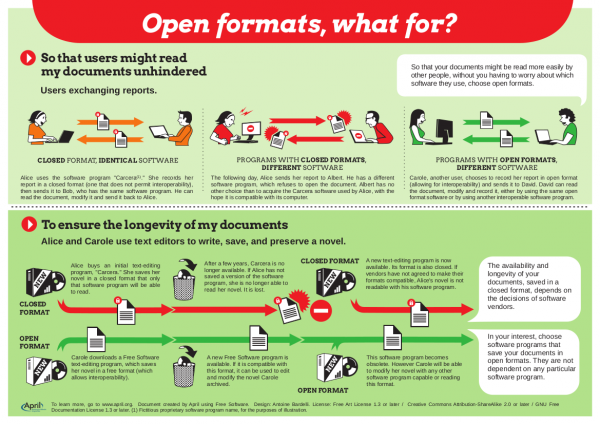 Many open standards are in wide use. Here are 3 examples:

Document Freedom Day is being promoted on social media by the use of the #DFD2015 hashtag.

Reposted from the author’s own blog.