According to a study carried out by Markess International, the majority of local authorities should have initiated an open data process between now and 2017, French IT news site Le Monde Informatique reports. This type of project forms a springboard for digital transformation. 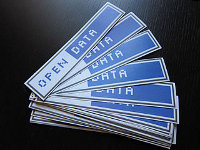 While local government reform is is redrawing the local authority map, digital seems to be at the heart of the new organisational models. This at least is the message that Markess wants to pass on with the published results of its study of local government trends in 2015, which involved conducting online interviews with 53 local authority decision-makers in July and August. Data and its sharing, particularly via open data, lies at the heart of this revolution. One-third of authorities have already launched such a process and a majority should have joined them by 2017.

The initiatives which have already been implemented (particularly with the support or involvement of Etalab*) motivate those authorities that have not set out on this path to emulate them. Open data and data sharing break down traditional silos (to use the terminology. Ed.), calling existing processes into question. Format, licence, publication method and interoperability are problems which often go over the heads of local officials who therefore need to rely on expert opinion (not to mention the typical bureaucratic suspicion of openness. Ed.) . The question of technical tools also arises whilst data correlation is a priority for 39% of respondents, as are unstructured data analysis (35% of respondents), real-time analysis (26%) and visualisation (23%).

* Etalab is a public sector organisation established by the French Prime Minister in 2011. It is entrusted with creating a single interministerial portal for French public data, particularly for “strategic and quality data” within the scope of an open data policy. Source: French Wikipedia Etalab page.