Professor O’Brien, Director of the Centre for Quantum Photonics at the University of Bristol and Visiting Fellow at Stanford University, is giving a talk today (Thursday) at the World Economic Forum (WEF) in Davos, Switzerland, at which he’ll announce that a working quantum computing system is expected to be developed by 2020. 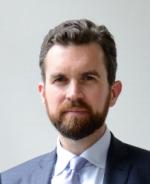 Professor O’Brien is part of a European Research Council (ERC) Ideas Lab delegation who have been invited to address the suits in Switzerland to discuss the future of computing and how new fields of computer science are paving the way for the next digital revolution.

Quantum computing has the capability to unlock answers to some of humanity’s most pressing questions that cannot be solved with current computing technologies. In 2014, the UK government invested over £270 mn. in the development of quantum technologies. Professor O’Brien has been leading the development of quantum computing using light in its quantum state – the photon- as the key ingredient.

Professor O’Brien said: “In less than ten years quantum computers will begin to out-perform everyday computers, leading to breakthroughs in artificial intelligence, the discovery of new pharmaceuticals and beyond.

“The very fast computing power given by quantum computers has the potential to disrupt traditional businesses and challenge our cyber-security. Businesses need to be ready for a quantum future because it’s coming.”

In his talk, Professor O’Brien will outline the current status of quantum computing and its potential applications and will reveal his blueprint for a manufacturable photonic quantum computer.