There’s a general media adage that says never let the truth get in the way of a good story.

It seems this maxim is now being applied by members of the fourth estate to that most concise social medium, Twitter.

We refer to one of a series of some twenty or so tweets put out yesterday by New York Times reporter,
Rukmini Callimachi, to help promote a piece she’d written on November’s terrorist atrocities in Paris.

Below is a screenshot of the 11th tweet in this series. 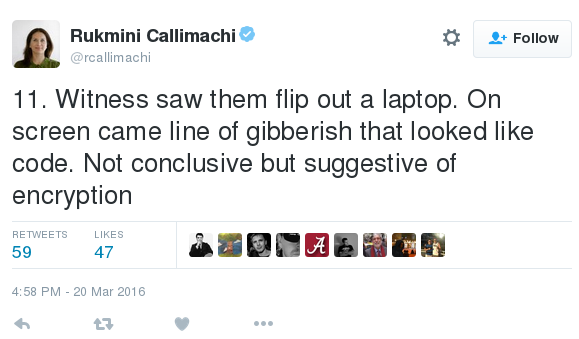 However, she received short shrift on Twitter for her ignorance from those with more technical nous than your average US hack, such as the following tweet from Scott Arciszewski, which was representative of those from techies. 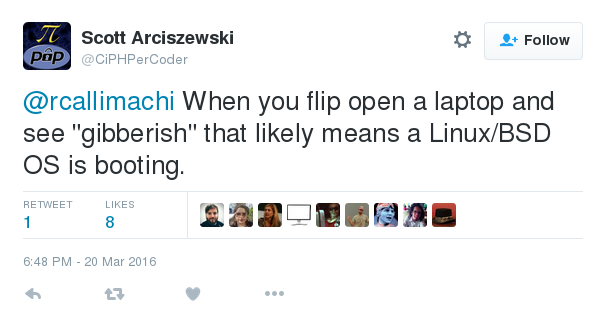 For technically illiterate hacks, below is a shot of what (part of) a typical Linux or BSD system booting up looks like (a similar effect can be achieved on Windows boxen by disabling the boot splash screen and opting for verbose output. Ed.). 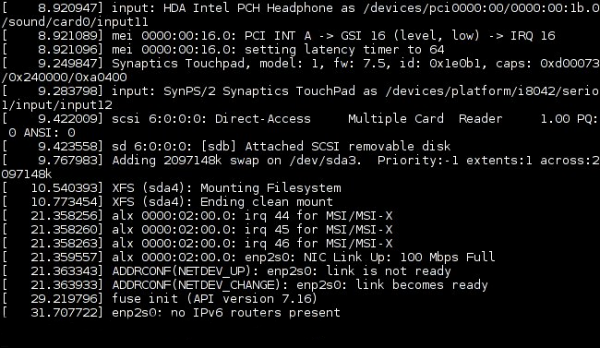 It seems obvious to your ‘umble scribe that Ms Callimachi has never used a system with an encrypted hard drive. Before starting the boot sequence, the user is asked to key in the encryption keyphrase. Without this, the system won’t even boot.

The moral of this tale is clear: beware if ever a New York Times hack or some other technically ignorant “journalist” sees your Linux or BSD machine booting, you’re likely to be falsely labelled as a terror suspect.