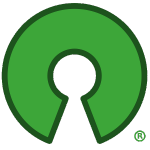 Over the last 19 years the Open Source Initiative (OSI) has been the steward of the Open Source Definition (or OSD), establishing a common language when discussing what an Open Source licence means. In addition, the OSI has maintained a list of licences known to be compatible with the OSD.

This is being taken to its next logical step this year, with the OSI providing a machine-readable publication of approved licences. This will allow third parties to become licence-aware, as well as enabling organisations to determine clearly if a license is indeed an Open Source licence from the authoritative source regarding Open Source licensing.

Brandon Keepers, Open Source Lead at GitHub, remarked: “A canonical, machine-readable source of license metadata is a great step towards enabling developers to build tools around open source licensing and compliance. We can’t wait to see what the community does with it.”

The concept behind this API is to be a “hub” to store a central list of crosswalks and common identifiers to other services, enabling third parties who are already licence-aware to provide their mappings and pull OSI approval status programmatically. As a proof of concept, SPDX identifiers have been added, trivially allowing cross-walks to SPDX datasets. This allows anyone to take an SPDX licence ID and determine whether it’s approved by the OSI by asking the OSI API.

The source for the machine readable data can be found in github and very basic API wrappers have been published for Python and Go, as well as Ruby.