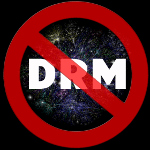 Next week, demonstrators will gather at a meeting of the World Wide Web Consortium (W3C) in Lisbon, Portugal to make the same demand as was made at the last major W3C meeting in March: stop streaming companies from inserting DRM into the HTML standard on which the Web is based.

The protest is being organised by two Portuguese organizations, ANSOL
(Associação Nacional para o Software Livre) and AEL (Associação
Ensino Livre), which are active in the fields of free software and technological literacy. Those living near Lisbon and wanting to join the protest, can find details and contact information in the
organisers’ press release.

The Defective by Design campaign organised a similar protest at the W3C’s last meeting at MIT in March. In the week before that protest, Dutch activists held their own demonstration at the Amsterdam W3C office and a Brazilian Web expert met staff at the W3C office in São Paulo. The night of the MIT protest the W3C’s leadership released a factsheet to justify its involvement with DRM despite all the criticism.

Besides preventing people from sharing media, DRM often causes security vulnerabilities or files to disappear or become inaccessible. Users are treated as adversaries. Few outside the entertainment business like DRM and many agree it is ethically wrong. However, the W3C, which sets official Web standards, has allowed streaming video companies to work on a new, universal DRM system together with its blessing. The new system is called EME – Encrypted Media Extensions. Now Netflix, Microsoft, Google, and Apple want to hang their new EME on the existing infrastructure of the HTML standard, making it cheaper and easier to impose restrictions on users.

Although support for EME is limited to a few powerful companies, opposition is widespread. Defective by Design hopes that the W3C recognises this and accepts feedback from the actual people that use the Web, otherwise Defective by Design believes it has no right to claim it is setting Web standards in the public interest.