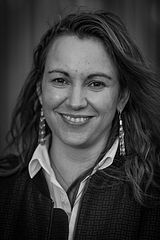 Bringing together the local authorities committed to opening up data, Opendata France sent a report to Secretaries of State Axelle Lemaire (in charge of Digital Affairs and innovation) and Estelle Grelier (in charge of Local Authorities) on the occasion of a meeting in Rodez on 17 October with local elected representatives and business managers. Requested last July in order to evaluate the open data situation in local authorities in advance of the promulgation of the Digital Republic Act on 7th October, this report does indeed describe progress, but also reveals failures. Consequently Opendata France is making recommendations to improve the situation.

Opening up data is a tool for improving local services, as well as an exercise in democratic transparency. In this way several innovative services have been showcased: optimisation of urban travel for the disabled, accurate zoning and state aid to facilitate the location of businesses, etc.

The 3,800 or so local authorities with more than 3,500 residents are being targeted by obligations to open up data. Logically enough the largest ones are ahead of the smaller authorities with more limited resources. However, for the report’s authors, it’s a matter of showing more willingness by defining a “common base” for data to be opened up as priority (budgets, election results, local plans, etc.). In addition, a standardisation of formats would make using data easier.

Improving the training of elected representatives and is also required, particularly by creating teaching tools and using them in the usual training sessions for elected officials.

On the technical tools side Opendata France is calling for APIs for accessing national datasets so local authorities can extract what concerns them to make the data available. The government has announced it is preparing to implement these recommendations with a trial between now and the end of the year.